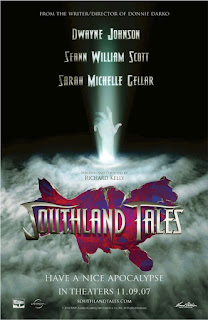 "Ladies and gentlemen, the party is over. Have a nice apocalypse."

I'm waiting to finish watching what might be THE weirdest movie I have ever, ever in my life seen. I'm not even sure what it's about; it's kind of a pseudo-post-apocalyptic setting, the eve of World War III, and the war is between Texas Republicans and Neo-Marxists ... 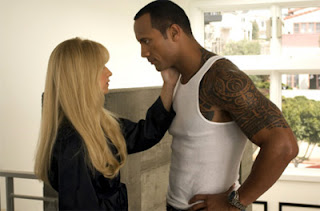 But more remarkable than that is the all-star cast: Justin Timberlake, Dwayne Johnson (The Rock), Sarah Michelle Gellar, Jon Lovitz, John Larroquette, Mandy Moore, Kevin Smith (better known as "Silent Bob"), Amy Poehler (SNL cast member), Christopher Lambert - yeah, the original "Highlander" - a couple of MADTV alums whose names I don't know (but I recognize them) ... the guy who played "Booger" in Revenge of the Nerds is in this! I don't know the other names but they look familiar. They all play characters entangled in this political election on the eve of the anniversary of the nuclear attacks of July 4, 2005, and the Republicans have taken over control of the internet, and this one guy, Boxer Santaros (played by The Rock) who's married to the daughter of the Texas Republican candidate somehow got his memory erased and he's now living in Malibu with a porn star, "Krysta Now" (played by Sarah Michelle Gellar), and they're working on a movie script together, but Christa sells out Boxer and eventually gets him delivered into the hands of the family he's married into.

Okay, you see how difficult that run-on sentence was to follow? That's kind of the effect you get watching this movie! And it's told in chapters! 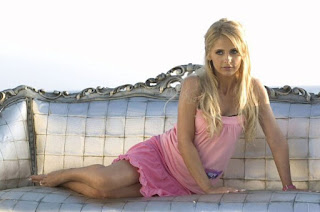 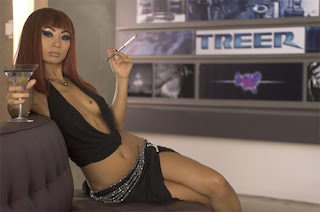 "Revelation 21: And God wiped away the tears from his eyes, so the new Messiah could see out to the new Jerusalem. His name was Officer Roland Taverner, of Hermosa Beach, California. My best friend. He is a pimp. And pimps don't commit suicide..." 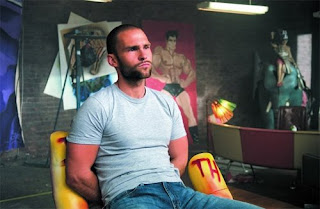 The thing I can't figure out is if this movie is pro-liberal or pro-conservative!!! I really, honestly can't tell! But my hubby got a phone call and I'm waiting for him to finish up so we can finish watching the movie. At this point I'm not sure what I think of it. Admittedly, I had to go to Imdb.com to get some of those cast names, and I see that this movie is already 3 years old. So no doubt it had some influence from the anticipation of the yet-to-be-held, all-important presidential election of 2008.

Kudos to the makers of this film for doing such a great job of keeping me in the dark as to which "side" they're on politically! I'm intrigued; although I must add this caveat: this is one trippy-ass film. NOT for children. I wouldn't even let my teenager watch it, if I had teenagers.
Posted by SolarSoda at Monday, June 15, 2009

SolarSoda
"A good name is rather to be chosen than great riches." Proverbs 22:1